Fr. Mbaka Tries To Shame Peter Obi Into A Donation 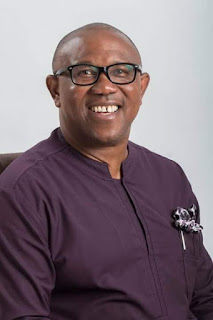 He is resolute and can’t be intimidated or shamed into going against his wish.

His word is his pride and he showed it as the governor of Anambra state.

He is generally accepted in all the nook and crannies of Nigeria as a man with integrity.

Meanwhile, it’s disheartening what some of our men of God do.

Should the amount of money given for church project determine who wins and fails in an election?

Blessings are not bought, as God freely blesses everyone.

It is not said in the Bible that God loves a forced or coerced giver; rather God loves a cheerful giver.

Compelling people to give against their wish is a wrong doctrine, especially when the person wishes and promised to do a project and that the priest will show him or tell him what he wants to be done.

It’s left for the priest to tell him their most pressing need and allow him do it.
He gave Mbaka an open cheque!