President Muhammadu Buhari says instability in State of Libya is a recurring threat to the Sahel and Sub-Saharan Africa, and expressed concern over the growing effect of the crisis on many lives.

The president stated this at a bilateral meeting with the President of Cote d’Ivoire, Dr Alhassan Quattara, on the margins of the 56th Ordinary session of the Economic Community of West Africa States (ECOWAS).

NAN reports that the 56th Ordinary session of ECOWAS was held at the State House Conference Centre.

A statement by the President’s spokesperson, Malam Garba Shehu, quoted President Buhari to have said that the crisis in Libya had perpetuated instability in the West Coast, with many of the trained fighters in the country now surviving on violent crimes and terrorism.

The President said the Libyan fighters, who were trained for the 43 years Muammar Gaddafi ruled the country, were armed with deadly weapons and had been roaming the Sahel and sub-Sahara sub-region, with no other skills for survival ‘‘but to shoot and kill.’’

He expressed happiness that neighbouring countries were supporting Nigeria in tackling the menace of the fighters who had teamed up with Boko Haram. 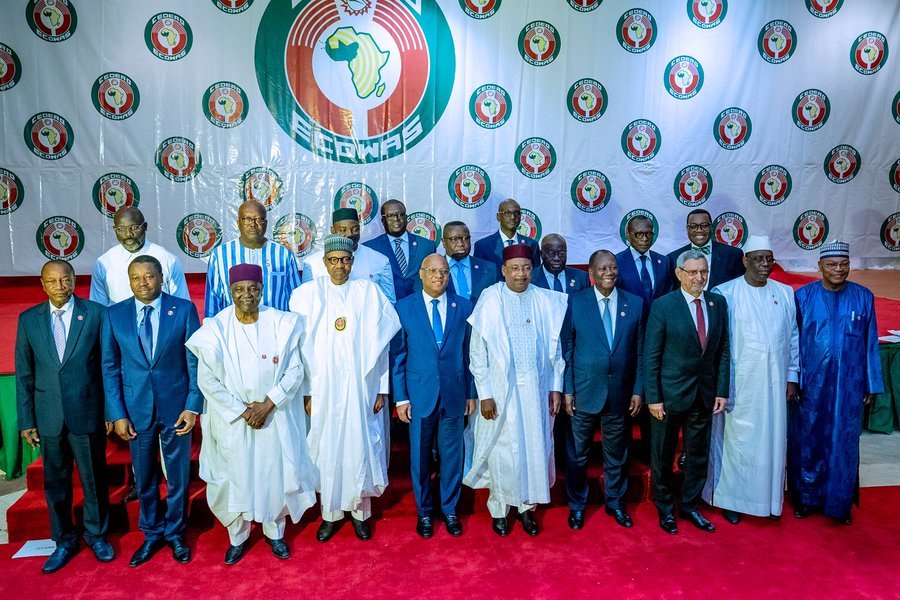 In his remarks, President Quattara said he came to brief the Nigerian leader on progress of the ECOWAS mandate given to him to negotiate exit of Francophone West African countries from their currency union with France and European Union.

The Ivorian President said he was pleased to report that he received the full support of the French government, under President Emmanuel Macron, and that the West African States were free to leave the union and join the ‘‘Eco’’, the new currency designated for the West Coast.

President Buhari expressed delight that France did not stand in the way of the “Eco’’.

At another bilateral meeting with the President of Sierra Leone, Julius Maada Bio, President Buhari said he was impressed with the ongoing efforts of the administration to secure and stabilize the country.

“I am happy that your policies and plans are holding on. I assure you that we will continue to support you.

”A problem in the neighbourhood is our problem. I will keep in touch with our officials to see how we can support,’’ he said.

Earlier in his remarks, the President of Sierra Leone recalled the level of cooperation between his country and Nigeria, appreciating President Buhari for various forms of support to his country, including provision of teachers, nurses, technicians and engineers.

He said more support was needed in the economic sector to ease the growing hardship among lower segments of the country’s population.

At a bilateral with President Roch Marc Christian Kaboré of Burkina Faso, President Buhari commended the country’s leader for sustaining investment in infrastructure in spite of distractions from terrorists.

President Buhari and President Kaboré agreed to convene a meeting of the two states to discuss in greater detail issues pertaining to security and economy.

While describing Nigeria as a ‘‘power house that drives economic growth and development in the region’’, Kaboré said his country had high expectations of their “excellent relations’’ with Nigeria.

President Buhari also had a meeting with Liberian President, George Manneh Oppong Weah and President of Benin, Patrice Talon, at the ECOWAS summit Presidency Reveals Why Buhari Has Not Sacked Service Chiefs

Listen to article President Muhammadu Buhari’s Senior Special Assistant on Media and Publicity, Garba Shehu, has said his principal is yet to sack service chiefs,

Listen to article The All Progressives Congress (APC) has scheduled its membership registration and revalidation to begin from Dec. 12 to Jan. 9, 2021 reports