Why One Nigeria Cannot Work

The Indigenous People of Biafra (IPOB) is a separatist movement founded in 2012 by Nnamdi Kanu, a British Nigerian.

Its purpose seeks to revive, agitate and actualize the sovereign state of Biafra; an old dream of Eastern Nigeria. The contemporary agitation for Biafra republic was reignited in 1999 by Chief Ralph Uwazurike with the formation of Movement for the Actualization of the Sovereign State of Biafra, (MASSOB). Similarly, the Biafra Zionist Movement (BZM) was founded by Benjamin Onwuka in 2010. The agitation for a Biafran state took a new dimension with the inception of Indigenous People of Biafra (IPOB), a faction of MASSOB led by Nnamdi Kanu.

In the heat of the of protests during the years, 2012 to 2015, IPOB and it’s members have come under intense criticism and persecution both by the Nigerian government and the security officials.

The height of it was labelling of IPOB as a terrorist organisation by the Buhari-Led Government after IPOB leader Mazi Nnamdi Kanu was captured in a brutal manner which led to the death of many unarmed members of IPOB.

Then came the trials and the attempt to subdue the movement, which failed woefully.

Why can’t One Nigeria work?

One Nigeria was a fruitless ploy to unite all states and regions of Nigeria by Yakubu Gowon after slaughtering nearly millions of Igbos in the Civil war. To cover up for his shortcomings, he named the notion “One Nigeria”, which was just all it was, a chant.

Because Nigeria has never been more divided than it was after his regime.

Using the saying, “Give a dog a bad name….” Nigeria and it’s sympathetic media tends to hypocritically paint IPOB in a bad light to the whole world, This declaration of IPOB as a terrorist group was sharply criticized locally and internationally, including the United States and the European Union (EU).

Why else will they label an armless activist organization as Terrorists? While the real Terrorists ravage and plunder their lands up north. And get a slight tap on the wrist for doing so. The pictures below describe it better. 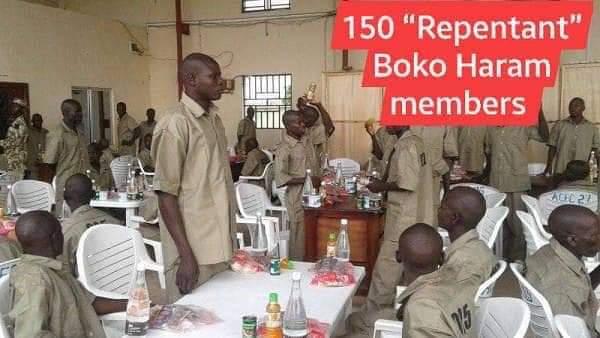 The Buhari-led government and its sycophants have always felt threatened by the Igbo man. Thus in a way to punish them, they are deprived of prime political positions, they are denied social amenities due to them, and their leaders are tried and prosecuted every day.

With the mounting political pressure, the south-east governors at a meeting of the southeast Governors Forum, on Friday, 15 September 2017 at Enugu, issued a communiqué banning IPOB and its activities in all the Igbo states, and directed the group to channel all their grievances to the committee of governors, or the Ohaneze Ndigbo or the
National Assembly members, through the South East governors. Also, on 17 September 2017, the Nigerian President signed a presidential order proscribing or banning IPOB for what the government described as the group’s ‘involvement in terrorist activities’. This ban makes IPOB and its activities in Nigeria illegal and punishable by law.

For asking for a referendum and demanding secession?

The “One Nigeria” notion is already lost on us. Most youths nowadays don’t even know the meaning or history behind it. Anyone still claiming “One Nigeria” must be a hardened hypocrite who is blind to what is happening in the society. One Nigeria is like a slave-chant which Northerners use to quell uprisings from the other tribes while they ravish them.

Igbos against Yorubas, Yorubas against Igbos, Fulanis Hausas and other pro-Northern tribes taking up arms against the rest of the country.

Nigeria was never One.