Phillip Bryan Schofield, a U.K TV presenter, who works with ITV has confirmed he is gay after 27 years of marriage to his wife Stephanie Lowe.

Schofield, 57, who has two daughters with his wife, Stephanie made the announcement in a statement posted on his Instagram story on Friday.

According to him, revealing his current status is something that has caused many heartbreaking conversations in his family.

He said “You never know what’s going on in someone’s seemingly perfect life, what issues they are struggling with, or the state of their wellbeing and so you won’t know what has been consuming me for the last few years.

”With the strength and support of my wife and my daughters, I have been coming to terms with the fact that I am gay.

” This is something that has caused many heart-breaking conversations at home.

Read Also: Buhari: I Have Kept My Promise To End Boko Haram

”I have been married to Steph for nearly 27 years, and we have two beautiful grown-up daughters, Molly and Ruby.

”My family have held me so close they have tried to cheer me up, to smother me with kindness and love, despite their own confusion.

”Yet still I can’t sleep and there have been some very dark moments.

”My inner conflict contrasts with an outside world that has changed so very much for the better.

”Today, quite rightly, being gay is a reason to celebrate and be proud.

”Yes, I am feeling pain and confusion, but that comes only from the hurt that I am causing to my family.

”Every day on This Morning, I sit in awe of those we meet who have been brave and open in confronting their truth so now it’s my turn to share mine.

”They will probably all come as something of a surprise and I understand, but only by facing this, by being honest, can I hope to find peace in my mind and a way forward.”
Schofield is well known for ”Dancing on Ice and this Morning” programmes he presents on ITV which won a National Television Award last week. 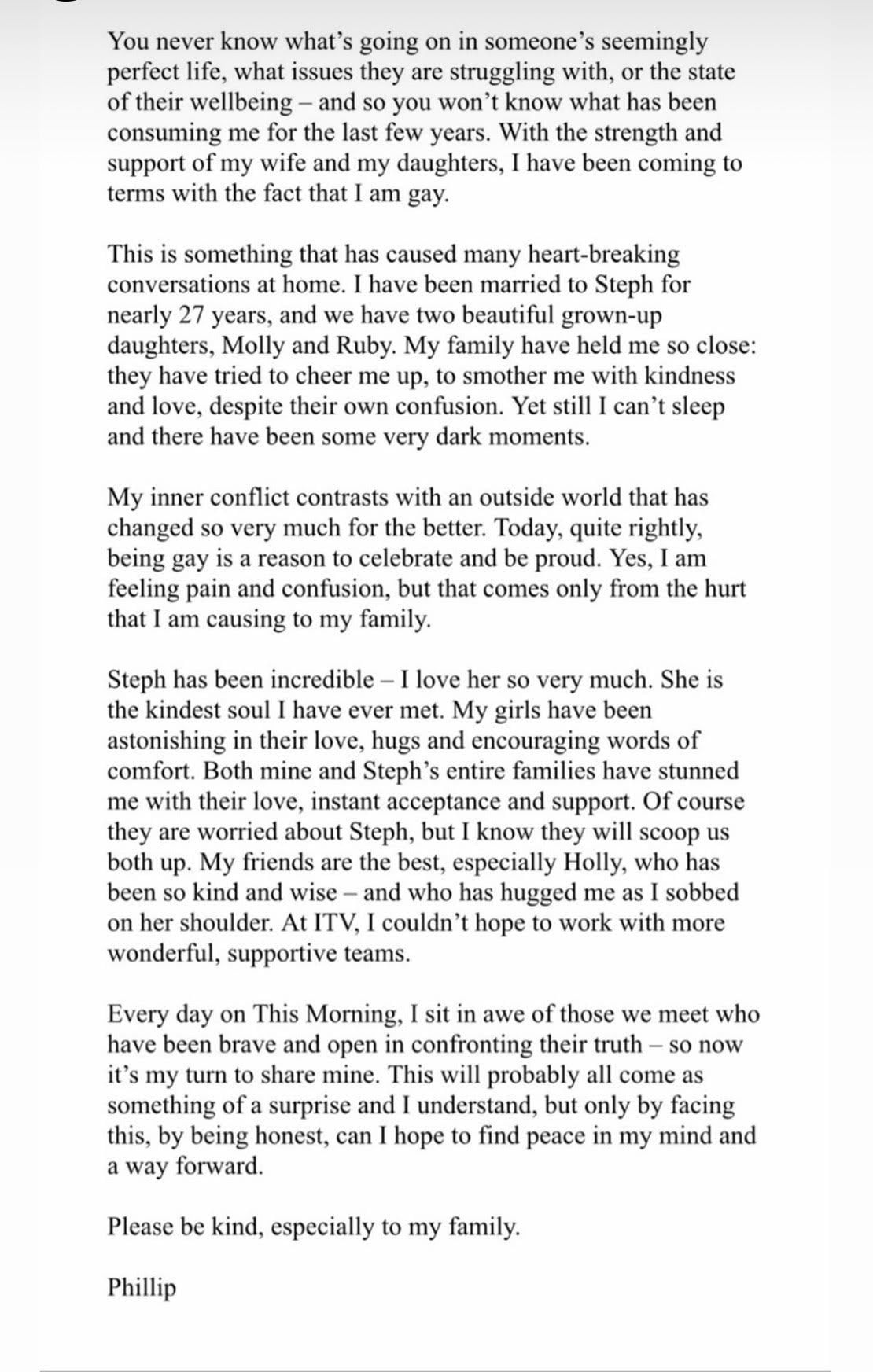 The newly anointed chief of Walt Disney Company has spent decades in the Magic Kingdom overseeing its theme parks, product licensing, and film distribution while