How Biafra Hijacked It’s First Plane During The Civil War

Biafra became the first black nation to successfully hijack a Plane. At the height of Nigeria-Biafra civil war, it took the lion hearts of three Biafran youths, Mark Odu, Sam Inyagha, and Onuora Nwanya to hijack a Nigeria Airways F-27 plane, piloted by the duo of P. Singh and Tokunbo Williams on April 23, 1967. The flight originally bound for Lagos from Benin was diverted to Enugu. That became Biafra’s first aircraft.

In 1966 Mark Anamelechi Chukwunwike Odu, 22, student leader, knew there would be trouble when no Igbo of repute died in the 15th January coup of that year. What the third year student of Estate Management, University of Nigeria, never envisaged was the scale. The 29th July counter-coup by northerners was beyond his imagination as it turned out one long killing bazaar that only ended 1970 with two million Igbo deaths. The gory sights of headless bodies arriving Enugu by trainloads finally pushed him beyond the edge into open rebellion.

At Military Intelligence, Eastern Command of Nigerian Armed Forces, Enugu, he placed Lt. Col. F. Obioha on notice, “I don’t know what you people are doing and you called yourselves soldiers when they are killing our people all over Nigeria. For us students it is unacceptable and we are resolved to stage demonstrations to register our feelings.” Lt. Col. Chukwuemeka Odumegwu-Ojukwu, Military Governor of Eastern Region, approved the demonstrations but the police were kept in the dark and came out in full force to crush them. 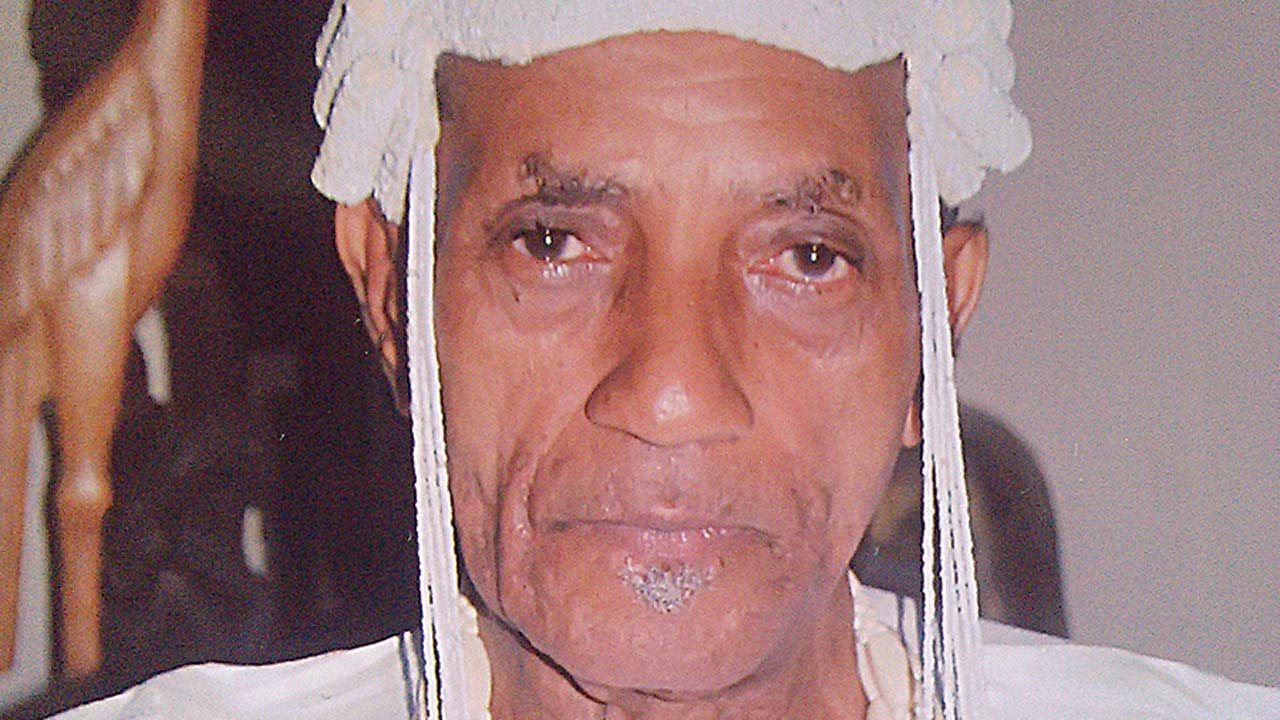 Odu who led the demonstrations achieved two things: He got Lt. Col. Obioha to approve UNN students’ involvement in the crisis. Secondly, his demonstrations, joined by Market Women’s Union, the labour, Civil Service Union, etc, compelled Lt. Col. Ojukwu to declare Biafran Republic. Shortly after, Military Intelligence recruited Johnnie Correa to train him and six others in stamina, explosives and guerrilla warfare. It was this Task Force of seven suicide crackers, with Samuel Inyagha leading and Odu deputising, that gypped Nigerian Head of State, LT. Col. Yakubu Gowon, of a Benin-Lagos flight; an incident that annoyed him no end.

In “The Last Flight,” (Aeromax. 2009. www.thelastflightbook.com), Captain August Okpe who was Chief Pilot of Biafra and Commander of Tactical Air Command, TAC, of Biafran Air Force, BAF, advanced two reasons why Lt. Col. Ojukwu authorised the snatch. One, as Eastern Nigeria became isolated following the economic blockade by Lagos, Lt. Col. Ojukwu realised he hadn’t a single fixed-wing plane. Should the proverbial cat jump on the wrong side of the fence, he would need a plane for diplomatic shuttles to African capitals. Secondly, against Lagos possessiveness “over the real estate and property of Nigeria as if the Easterners had no share,” the heist became an endeavour “to start acquiring some of the joint assets” (Captain Okpe. 2009. 225).

The Hijackers
They included Lt. Col. Chude Sokei, Lt. Col. Obioha, Airline Captains FA Osakwe and Ibikare Allwell-Brown of Nigeria Airways, the scientist Inyagha, Messrs Odu, Onuora Nwanya, Goddy Ikwuazor and Allison Okeke. Of this number only four operatives, Inyagha, Ibikare, Nwanya and Odu, did the actual hijacking. Odu was the youngest but Military Intelligence asked him to head the operation for his courage. Their roles were:

Inyagha: His role was to storm the cockpit with a gun and force the pilots to change course for Enugu. Captain Ibikare: Aunt Stella Wilcox, Ibikare’s fiancée and mother of his only child, described him 2016 as a “booze man” who loved the good life. It was gambled that on sighting their long-lost colleague separated by the pogrom, pilots of the hijacked plane would invite Ibikare to sit in the cockpit. It happened just exactly. His job was to ensure the plane was flying east to Enugu by monitoring the flight instruments. Secondly, he was to take over the control of the airplane if the pilots, for not cooperating, got neutralized by Inyagha.

Nwanya: A collier with the Nigerian Coal Corporation, NCC, Enugu, from where he retired 1994. His role was to convince soldiers at the many road blocks that the gaily dressed hijackers were travelling from Enugu to Benin for the burial of a coal miner. From his designated mid-cabin position, Nwanya would cover Inyagha’s rear.

Odu: Cold-blooded Odu was caught in Ibadan with 10 tons of gelignite meant for blowing up the Jebba Bridge and was packed off to Kirikiri where he spent two years and seven months till the war ended. He met Wole Soyinka in Kirikiri and is mentioned in Soyinka’s “The Man Died” as Philip Gboge. His role was to cover the entire cabin from his rear most position. “My signal to swing into action was when the plane banked right as it changed course for Enugu,” Odu explained 24th March 2017.
23rd April 1967

Weeks before the hijack, Lt. Col. Obioha gave Odu money to proceed to Benin and buy four Nigeria Airways return tickets routed Benin-Lagos-Benin. Odu left the tickets with Inyagha’s pharmacist cousin who had a shop in Benin before returning to Enugu where the Task Force continued to perfect their moves using a decrepit plane. On the eve of the hijack the four drove to Benin in Inyagha’s Bentley; separately making it to Mogambo Hotel for lodging after picking their tickets at the pharmacy. Security was tight with America issuing travel alerts to its citizens.

Odu privileges Captain Okpe’s “The Last Flight” as giving an accurate account of the incident. It is from this voluminous war literature of 602 pages, containing some 102 never-seen-before-photos, including those of Ibikare, Iyangha, Odu, Osakwe, etc, that we turn to for details of how a Nigeria Airways Fokker 27 Turbo-Prop, Registration No: 5N-AAV, flown by Captains P. Singh and Tokumbo Williams, was hijacked midair:
“It was 12. 15 pm 23rd April 1967 and the weather was beautiful when the airplane nosed into an almost cloudless sky, banking gently to set course for Lagos. As soon as the “no smoking” sign was off Sam, feigning incontinence, gestured a bit dramatically as he pointed specifically below his belt for the benefit of the cabin crew and rushed into the toilet. Hardly a necessary move but he had gone to recheck his gun soon after which he rushed out again and opening the cockpit door, barked menacingly that the crew should head to Enugu.

“For the avoidance of doubt he screamed for all and particularly the crew to hear and that it was a hijack whereupon Ibikare, in the cockpit with them, advised compliance for the sake of safety and, being a non-violent and peace loving man, he prayed silently that the situation did not deteriorate to an extent requiring any form of enforcement.”

As the plane banked right Odu was on his feet with his twenty-rounder drawn, “Will all the passengers in this cabin put their hands in the seat in front of them?” Some Americans working for Texan oil company just smiled and obeyed. Hands were lifted and placed on the seats. Nwanya was manning his duty post beautifully well. “This plane is seized but no one will be hurt. We’ll make adequate arrangement for your land transport back to Benin as soon as we reach Enugu,” Odu concluded and remained standing till touchdown. Tumbling out of the aircraft at Enugu his satisfaction was that “we have taken our own share of the four aircraft in the Nigeria Airways fleet.”

“Repeat what you just told me,” the staggered monarch demanded in his palace where he summoned them. “Do you know what it means to fight a war? Return to your shops and forget about Biafra!” It was the turn of the youths to be surprised but in that split second Eze Odu clearly saw the imbalance: The chasm between the preceding and present generations meant the youths were liable to repeat the mistakes leading to the Nigeria/Biafra war as Igbo elders were not talking to them. Today, the retired academic traverses the length and breadth of Igboland putting out the fire ignited by latter days Biafran secessionists.

“How can I pay for what I caused? If I can turn the hands of time I would stop those demonstrations I led,” Eze Odu reflected. “All I can do today is re-orientate the youth because they suffered terribly in that war reincarnated today as people cut people’s heads and freely practice cannibalism. Life is a continuation, a fact lost to Westerners. There is no accident in nature. You’re born into an environment to change it. That is why I mentor Igbo youths today to reject the agitation for Biafra.”

How many people were really infected by the coronavirus in China and how many died? Chinese opposition newspaper, Epoch Times has queried the official figures

Africa’s leading e-Commerce platform, Jumia has announced the implementation of ‘contactless’ delivery for prepaid packages on the platform. The company is taking additional measures to Coronavirus: Italy Mourns Its Over 11,500 Dead

Italy marked a minute of silence and flew flags at half staff Tuesday to mourn the 11,591 people who have died from the coronavirus pandemic.