Dino Melaye, former Senator representing Kogi West senatorial district, has reacted to the invasion of the Capitol Building by Trump supporters, adding that God used the Trump to bring down America.

Recall that President Donald Trump’s supporters invaded the Capitol in an attempt to stop the confirmation of Biden and Kamala’s victory.

They went berserk soon after the Republican vowed ‘never to concede’.

Also, US House Speaker, Nancy Pelosi, Senate Democratic Leader, Chuck Schumer, among others have called for his impeachment.

According to him, America needed to learn a lesson and the world needed to see their imperfections too.

‘God uses the foolish things to bring down the wise and that is what God used Trump for.’

‘Trump wasn’t a mistake. America only needed to learn some lessons and for the world to see their imperfections.

‘Anyhow, make God handle the koboko wey dey flog us for naija too ooo .l beg u God,’ he wrote. 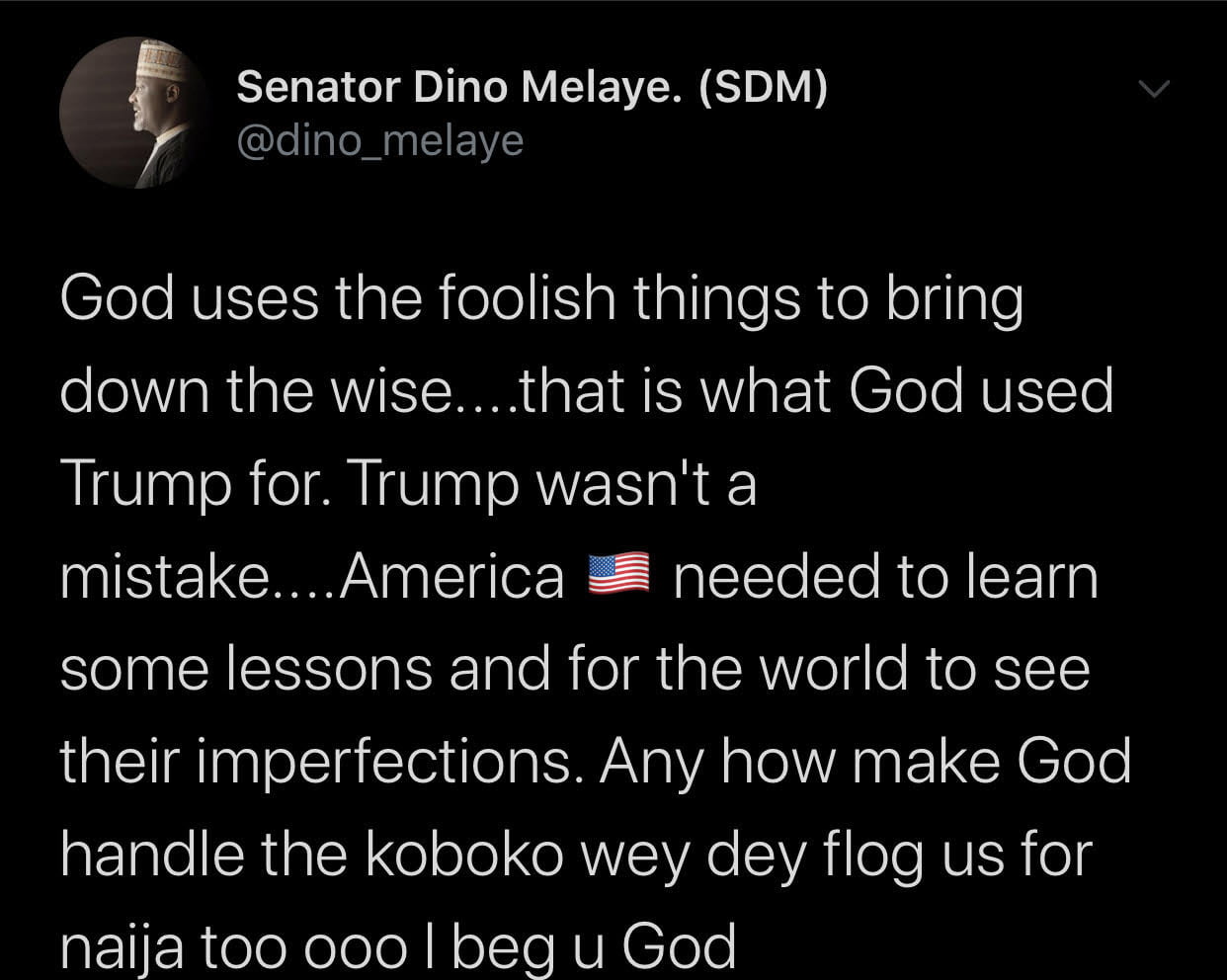