Nollywood : Nigeria’s Gateway To The World

It’s the grand total of movies made in Nigeria, whether in Igbo, Yoruba, Hausa, Ijaw, Edo, Itsekiri or any of the other over 300 Nigerian languages. 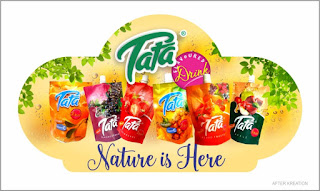 Living in bondage a blockbuster 1992 movie kickstarted a new dawn in Nigerian movie industry. And in the late 1990s, got the attention of New York Times, where an extensive feature story was done on the industry due to the numerous quantities of movies, its practitioners were churning. The movies then might not actually be categorized at the same standard as that of Hollywood owing to factors like equipment but the storyline was good enough that it got an international attention.

Nollywood has over the years advanced in sound technology, storytelling, and visual effects.

Nollywood is the largest movie industry in Africa and third largest in the world, just behind American Hollywood and Indian Bollywood. It produces more films annually than Hollywood.

It has been revolutionized by the emergence of cinema houses.

As at 2014, it was touted that Nollywood was worth $5.1 billion and was also the largest employer of Labour in Nigeria after agriculture and generate an impressive $590 million annually.

The Nigerian movie industry produces over 1,500 movies per annum.

One of the problems Nollywood encountered when it was growing up was piracy. Though piracy has never been eradicated from the industry, it has been reduced from what it used to be during the video rental’ s era.

Financing is also a very big problem in the industry, though the then Goodluck Jonathan government  on October 2014, injected N2 billion naira ($200 million) into the industry.

The then government identified Nollywood as a sector that can employ many young people and provided a $200 million grant.

The aim of the fund was to improve distribution of audiovisual content, reducing piracy and protecting intellectual property rights in the industry.

It’s a gateway with which Nigeria exports it’s rich cultural heritage to Africa and indeed  the rest of the world.

Nollywood is now a global and well sought after brand.